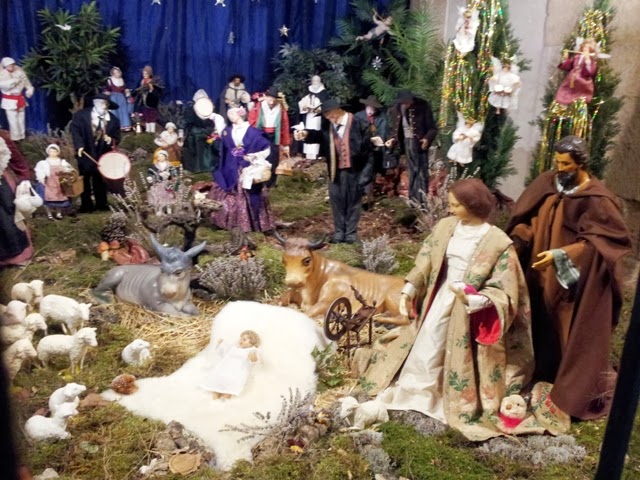 Interested in a Music and Markets Tour? We’d love to hear from you!  We’re looking ahead to Spring – May in Venice, Barcelona, or Prague, and our newest  – Aix en Provence for the Easter Festival. 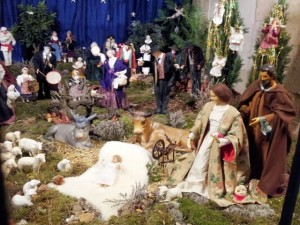 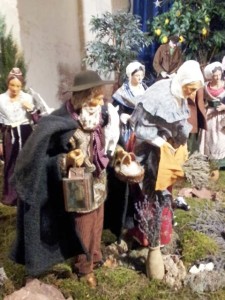 Dozens of foot tall “Santons” dressed (in the style of 150 years ago, when the Santon tradition began and when these were made) to show their occupation 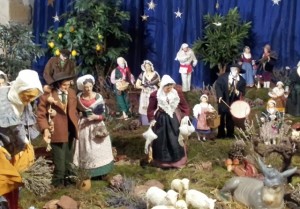 gather from all over Provence to visit the barn where Jesus was born. 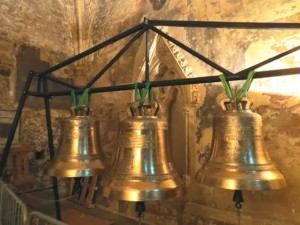 In the chapel next to the nativity scene, we were startled to see three large bronze bells on display. The church steeple has been ringing only one of its four bells since 1793 when Napoleon commandeered the other three to make cannons for an assault on Toulon. Recently the town of Toulon gave some of the cannon captured in the battle to Aix to melt down and re-form into bells. One bell, named Jeanne was paid for by the candy makers of Aix who specialize in the famous Calissons d’Aix. Jeanne is decorated with a band of the little football shaped almond and honey delicacies around the top and bottom of the bell. The inscription notes that the bell was cast in 2013 during the pontificate of François and that Jeanne “sings the delicious wisdom of God”