A Savory Ciao to Florence 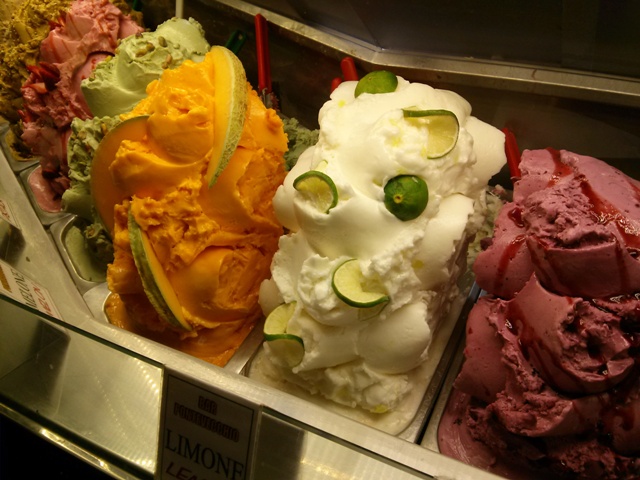 Thursday, 2 January 2015
Florence, Italy
On the road again – back to Florence, where we dropped the car, checked into welcoming Hotel Rivoli once again, then headed out for lunch. After checking out the offerings at the Mercato Centrale, we suggested an old favorite nearby, Da Mario. At slightly before noon we should be able to get in line for a table. Unlike on previous visits, though, they’re already open and going strong, every table filled. Recognizing us, the waiter asked if we’d mind sitting downstairs. Downstairs? Didn’t even know they served downstairs! 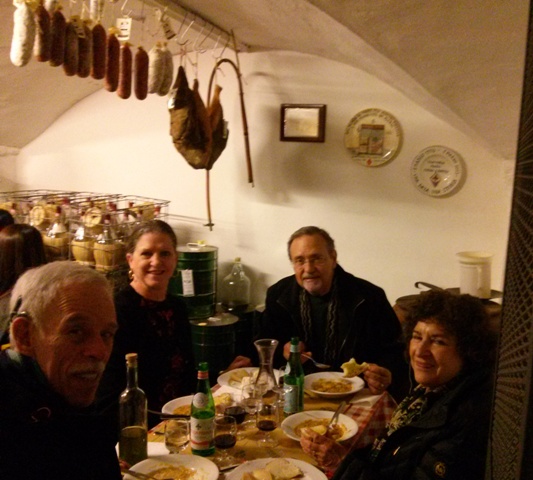 Well, since demand has only gotten stronger for Mario’s simple but delicious Cucina Povera (poor folk’s cooking – the essence of Tuscan cuisine) they’ve cleared out space in the basement storage area for a few tables. So here we are, among the hams and wine, enjoying a great lunch.
After our tastings at Conti in the Mercato at the beginning of the tour, we all had a list of items to purchase now that we’re ready to pack our bags for returning home. Stefano’s smile will go with us until we come back – he makes shopping such a pleasure! 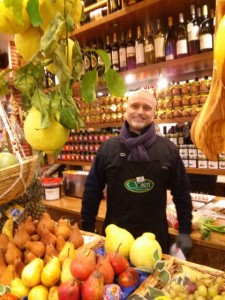 And one more before-packing stop, the ever- glorious Farmacia Santa Maria Novella, where Lorri stocks up on fragrant gifts for her lucky friends and family. 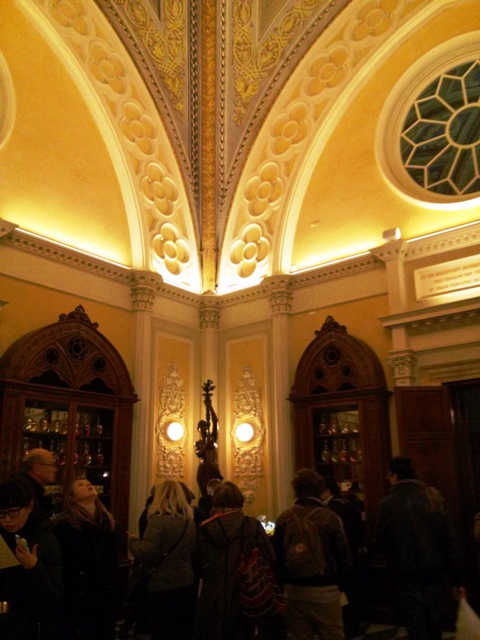 Lorri and I stayed at the hotel, packing up for our departures tomorrow, and the gents went exploring, Kirk sharing tales of Florence as they walked. They found what Kirk described as a “men’s Santa Maria Novella”  – but came home without any treasures of their own. 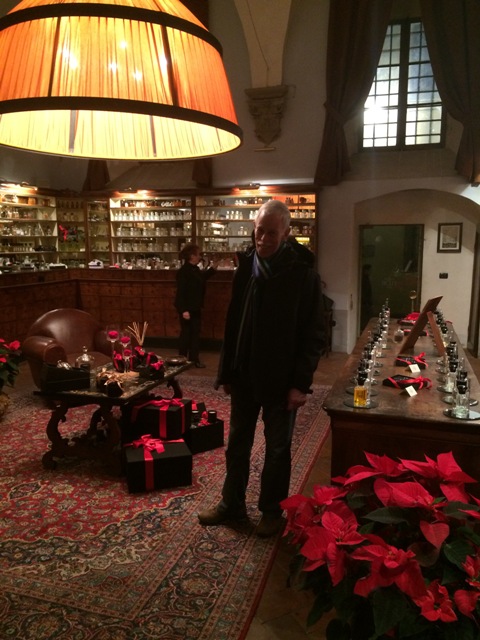 With enough packing done, we sought out some more Florentine favorites to share, such as Ghirlandaio’s intimate Nativity, in a side chapel of Santa Trinita. 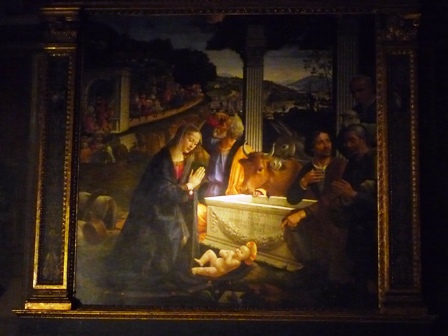 Outside, the streets glow in the evening light, making it hard to say goodbye to this beautiful city. 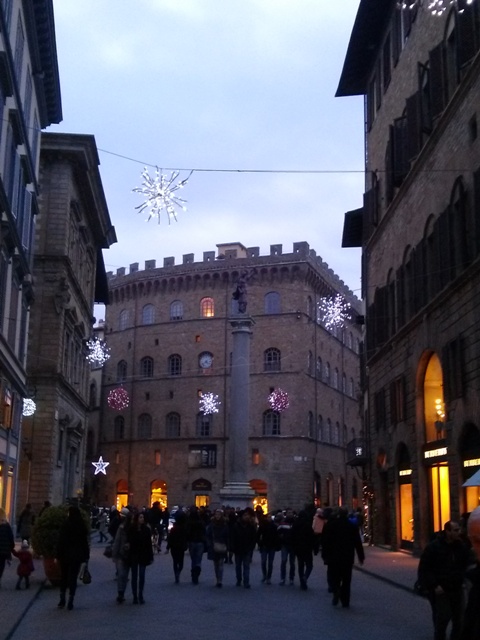 One more delicious meal, which we began with an unusual appetizer, artichokes draped in lardo. 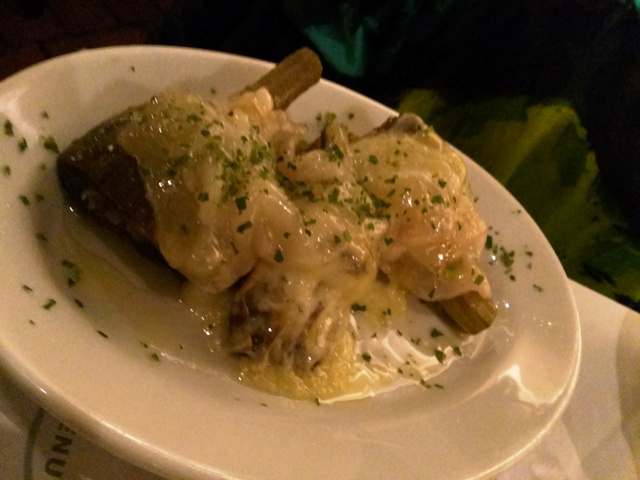 Yes, that’s lard, but not like any lard you’ll taste in the States. Delicate and tasting of superior bacon, every bite was superb. And of course we included everyone’s favorite 4 Leoni pasta, “purses” filled with pear blanketed in creamy taleggio, walnut and asparagus sauce. 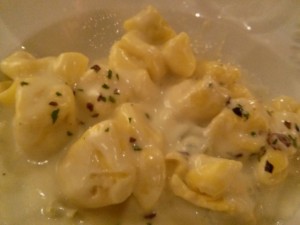 None of the desserts tempted us that much, so we stopped for gelato,

and finished up with a Ponte Vecchio photo-op. 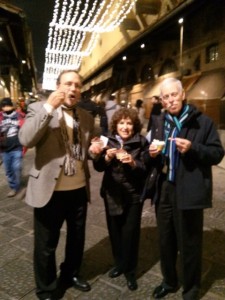 It’s been a pleasure to share this jazzy, tasty and beautiful week with Russ and Lorri. Ciao til next time, Italia.