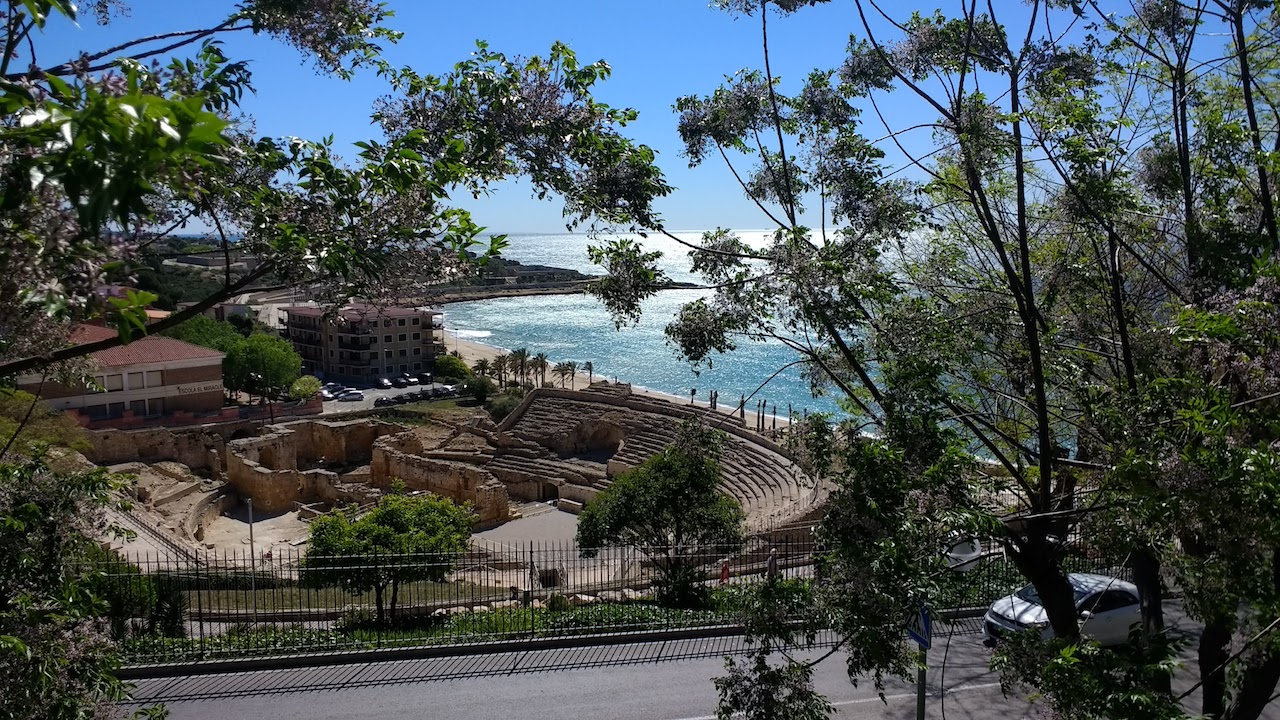 Interested in a Music and Markets Tour? We’d love to hear from you!
Why not join us on our newest tour in September – Bordeaux and Dordogne

About an hour west of Barcelona is Rome’s first outpost in the area, the city of Tarragona, so we head out from nearby França Station 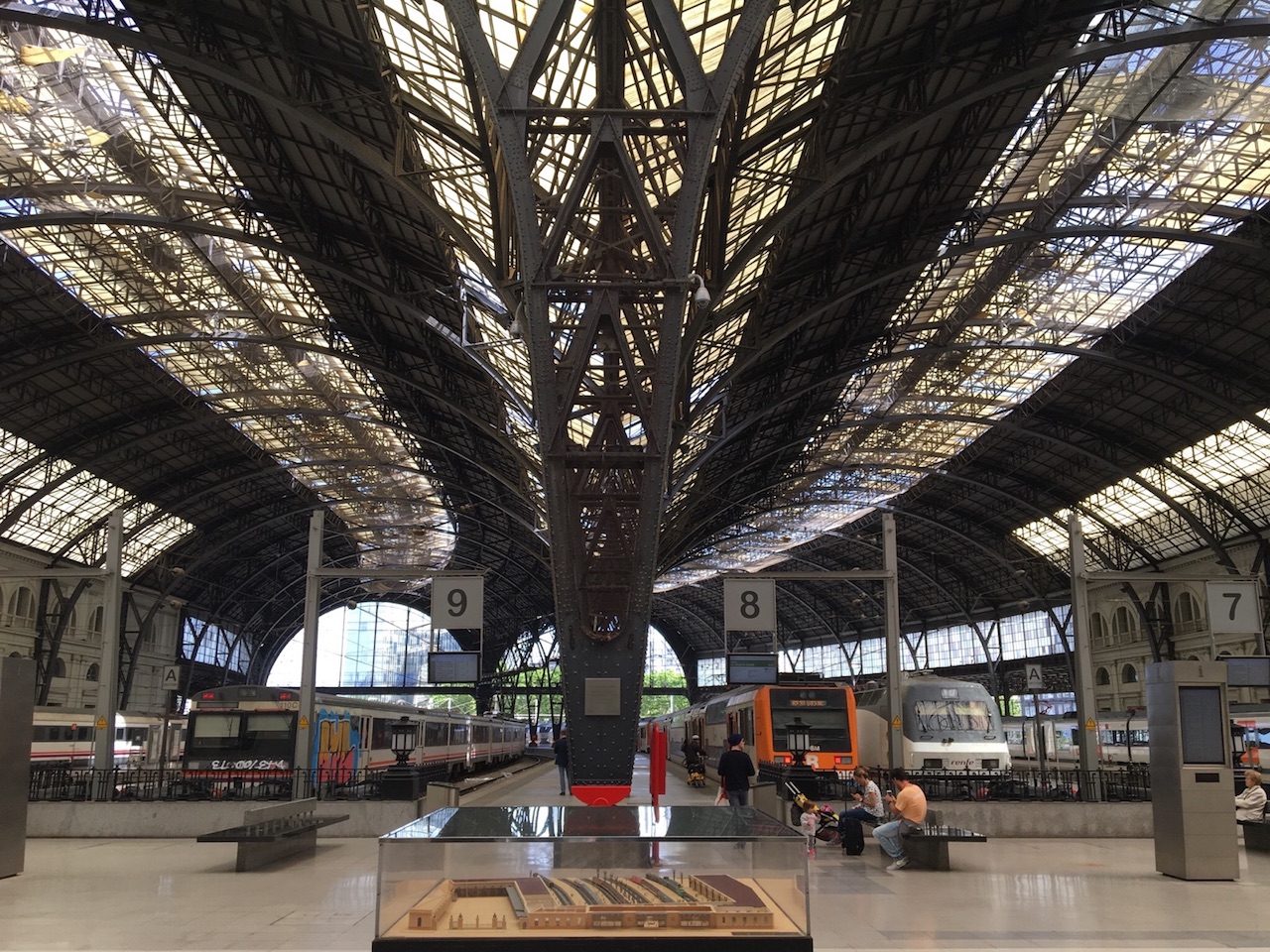 for a trip back in time to this Unesco World Heritage Site.
We approach the city right along the coast, waves nearly lapping at the train tracks, 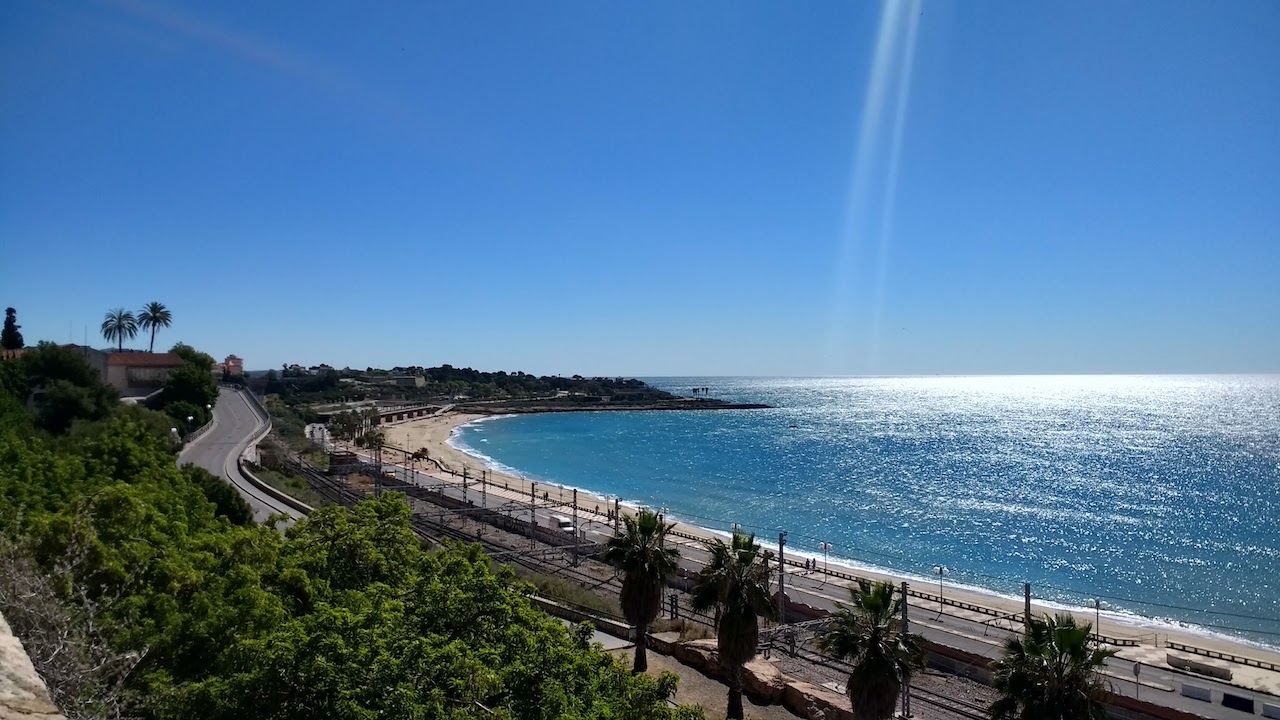 and as we walk up to the center from the station we get a great view of the Roman Ampitheatre.

Our preferred approach is along the Roman walls, entering near the archeological park entrance to take a look at the excellent Maquette of Roman Tarraco, 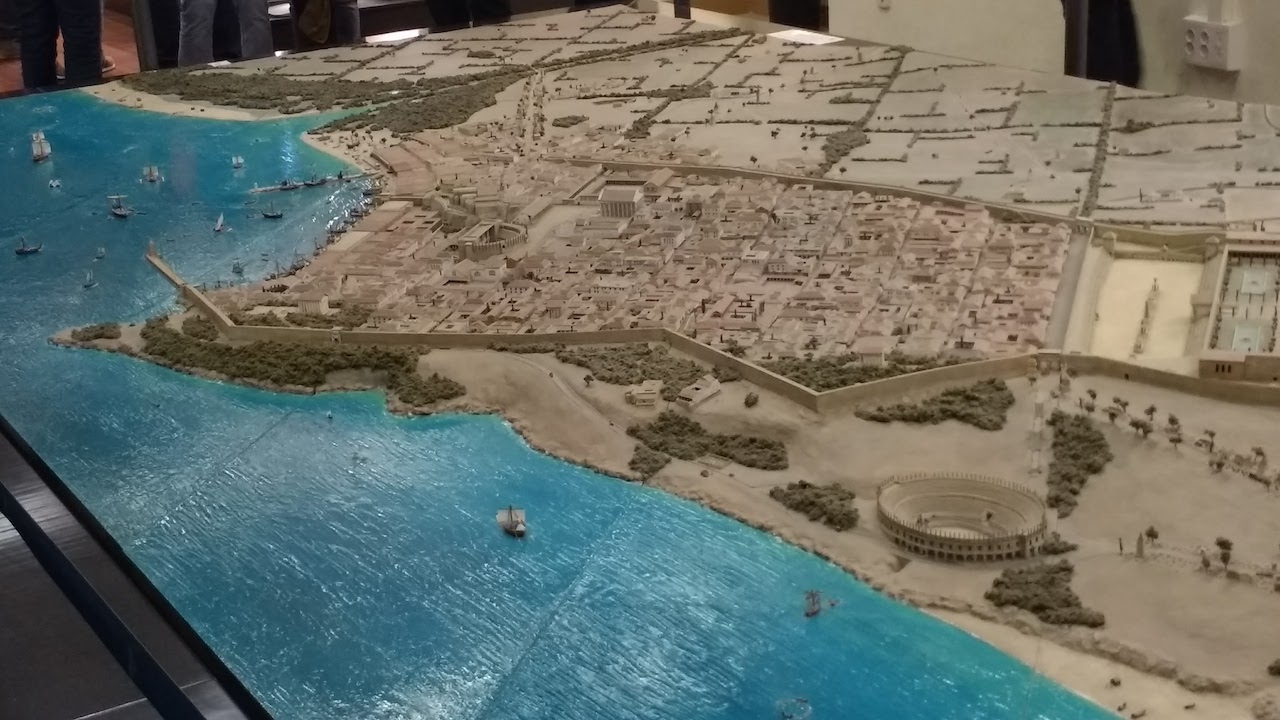 which gives a clear impression of what the city looked like centuries ago.
Walking through the city, we appreciate the traces of ancient Rome incorporated right in to daily life – a bit of a wall here, 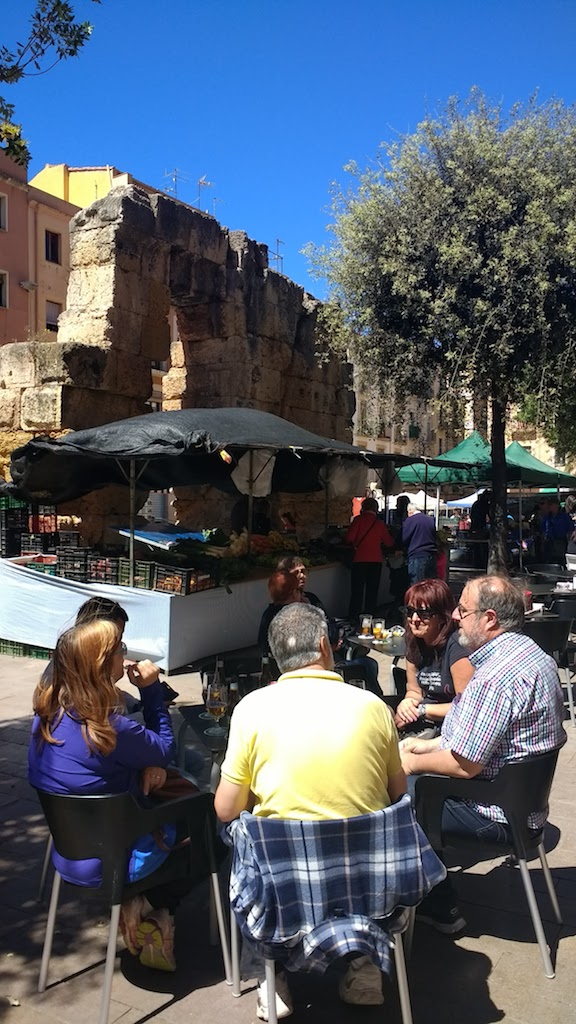 an impressive cathedral up the steps where the ancient temple was. 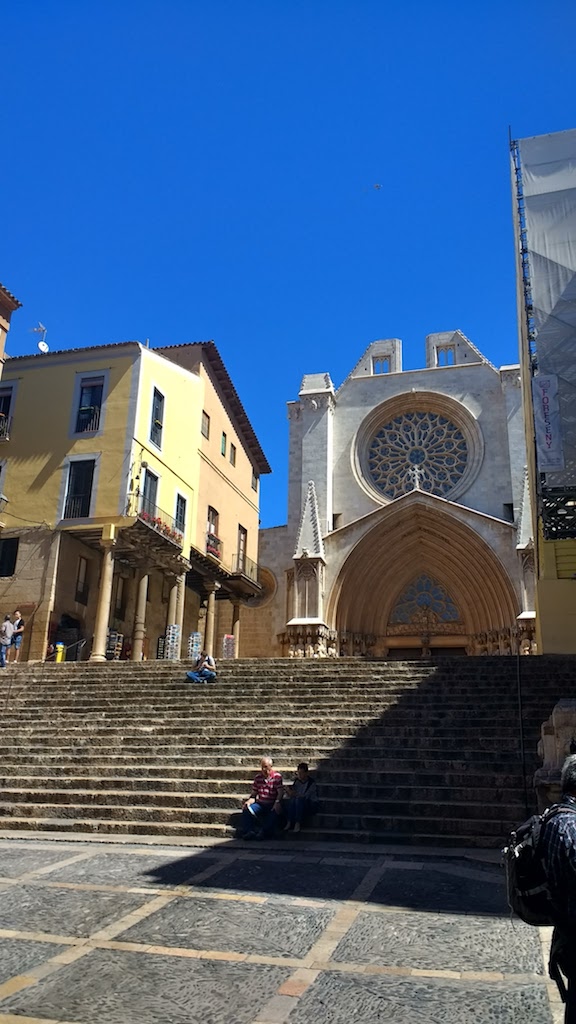 We even eat lunch in the shadow of Rome – in Les Voltes (The Vaults), 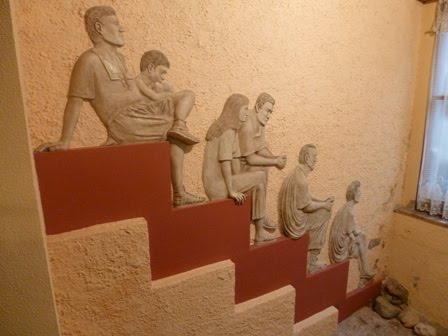 tucked right under the arches of the Circus in the middle of town.
Pilate, of Biblical notoriety, is said to have been born in Tarraco – 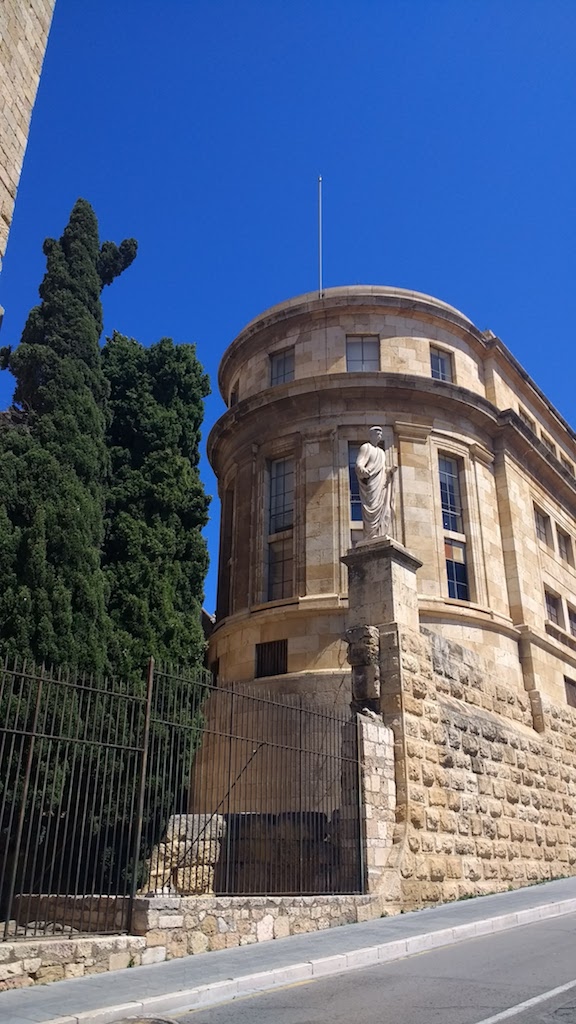 his statue stands not far from exposed tiers of the Circus. 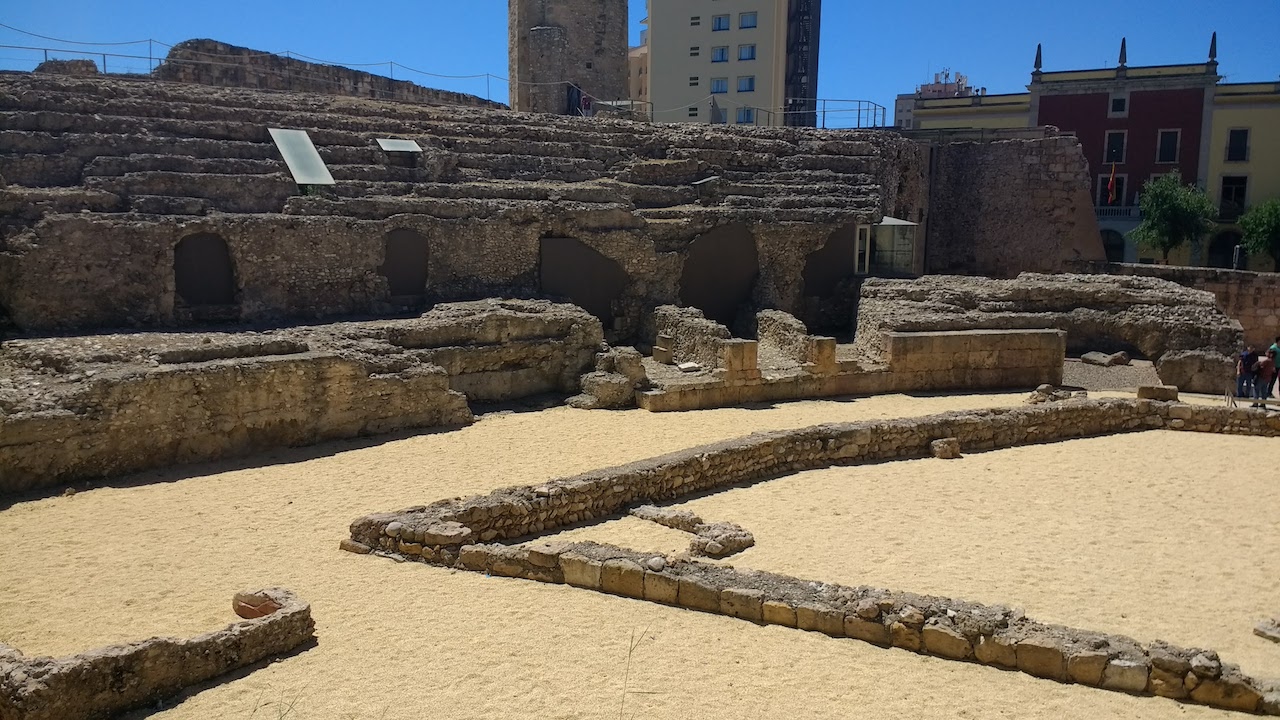 Another of Tarragona’s claims to fame is their expertise as Castellers, a Catalan tradition – giving them the name  City of Human Towers. 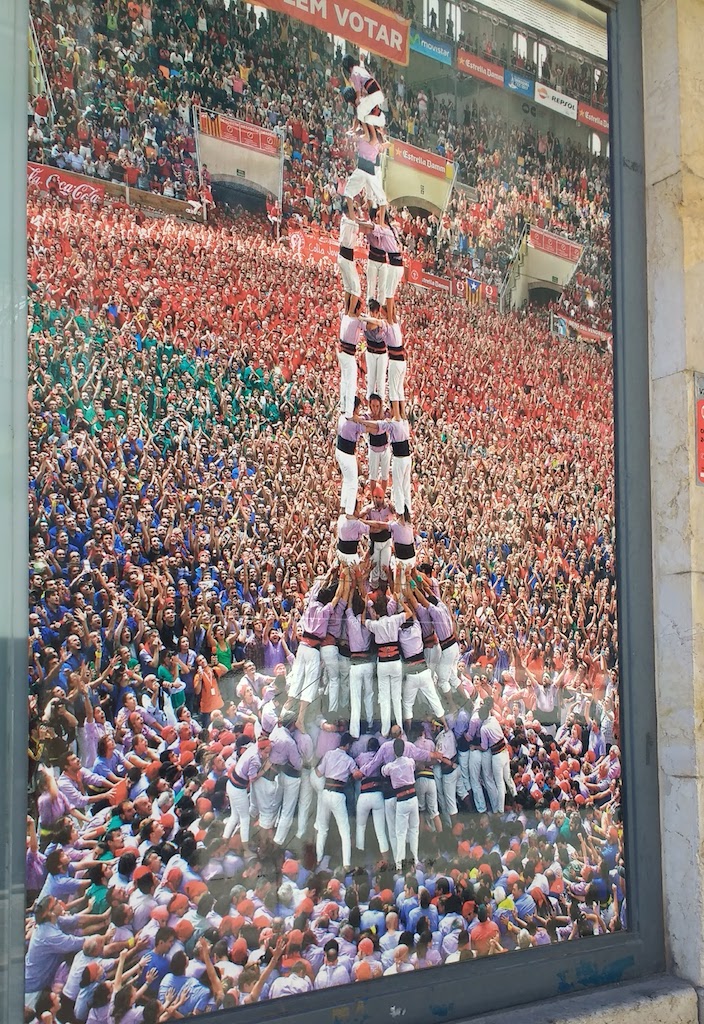 Sure hope we can see it in person someday!
A watery musical extravaganza ends our day  back in Barcelona as we join the crowds to take in the Magical Fountains of Montjuic, 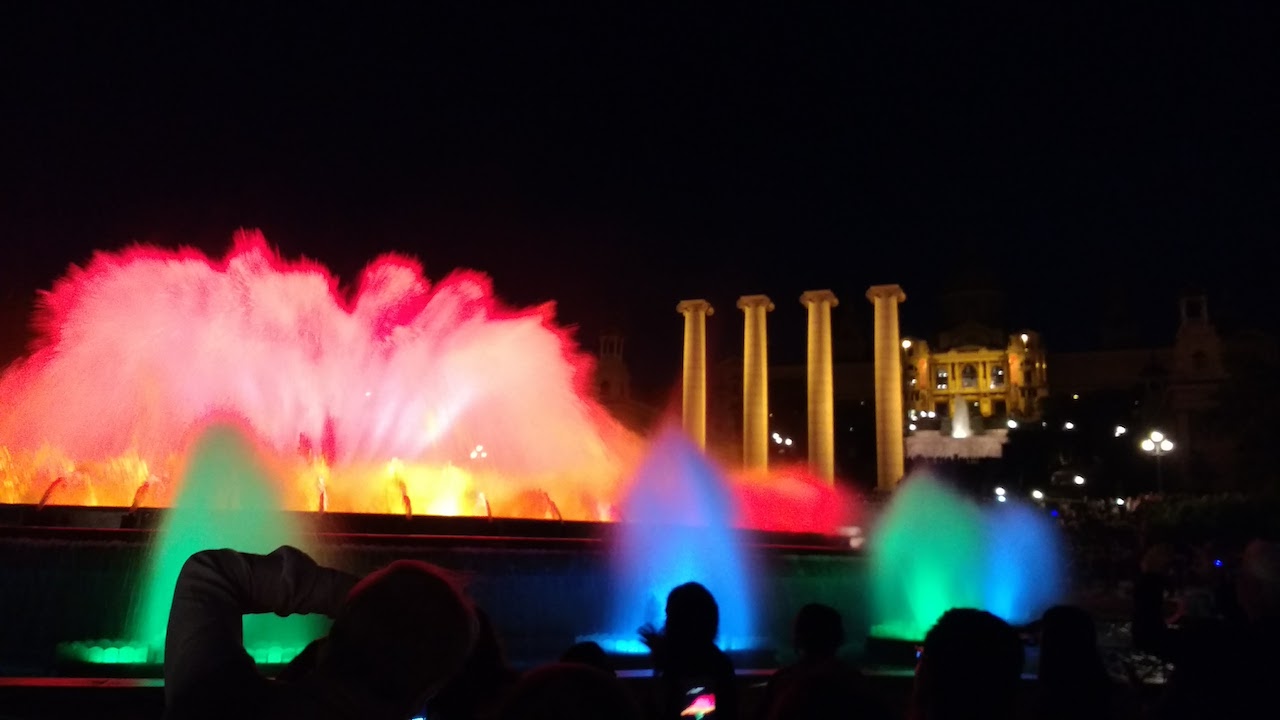 the lavish flow choreographed to snippets of music.