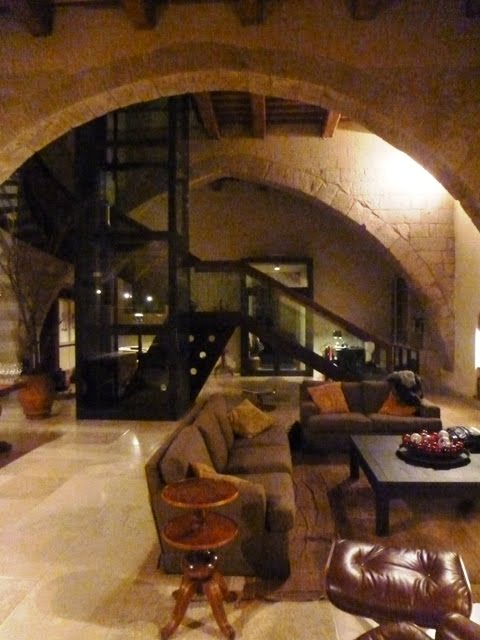 One more Winery, then Ciao Italia

Neither snow, nor rain, nor ice, nor hail stops the Umbria Wine Tour!! Our last dinner will be at Il Palazzone, a majestic grand palazzo set on a hillside outs

ide of Orvieto. Can the bus get us up to the estate? No, but does that stop us? Of course not! Our super-driver Vanni brings the bus as close as possible, then the gracious owner of the vineyard and palazzo ferries us up, four by four, to the house. And what a house it is – a palazzo built in 1295 for Cardinal Teodorico as a hostel for pilgims on their way to Rome to celebrate the Jubilee of 1300 A.D. After falling into disrepair through the centuries, restoration began by the Dubini family, the current owners, in the late 1960’s, and today it is truly a show case for Italian design and use of ancient structures. 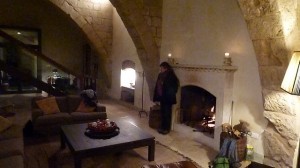 Due to the snow and ice, we could not visit the nearby winery, but oh were we happy to stay nice and warm by the fire, 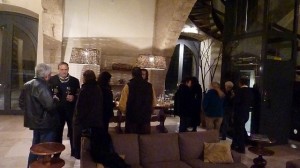 enjoy an apertif and Palazzone wines, 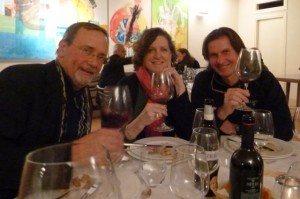 then feast on a delicious dinner downstairs, fascinated by the stories that Giovanni told us of his father’s finding and rebuilding this awesome treasure, and of the beginnings of the vineyard in the ’80s. Today Palazzone wines are some of the best known from Umbria and we certainly enjoyed each one we sampled. 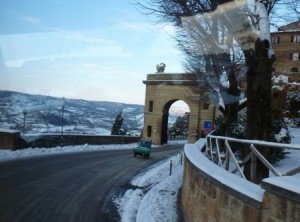 On Sunday morning we descended from the pinnacle of Orvieto, through the familiar eagle-topped portal. 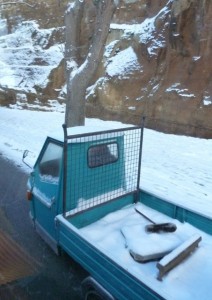 An ape chugging ahead of us moved aside for our big bus, and we were on our way. 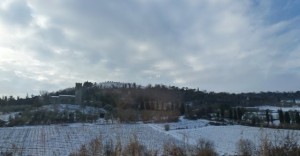 Hard to believe, but the snow was even deeper as we drove south, gazing at the lovely winterscapes from our cozy bus. 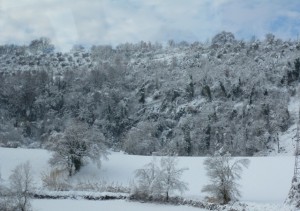 These forested hills looked more like an alpine scene than an outskirts-of-Rome vista! 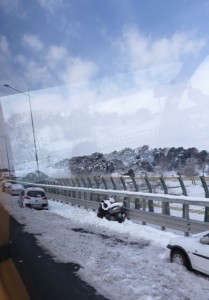 we got to the city, the more abandoned cars lined the road. The tunnels looked like parking garages!
We had planned to revisit some favorite Rome spots since we had several hours until our evening flight, but after taking the train into town from the airport, where we were dropped off, and sliding on the ice for a few blocks, we determined it was just too dangerous. So we ate our last Italian meal at a forgettable trattoria not far from the Termini train station, and returned to the airport.
Flights had been cancelled on the previous days, but today they’re departing on time, so we arrive in Nice, pick up a car, and drive past snowy vineyards gleaming in the moonlight, arriving in Aix around 9 pm. As we rounded the Rotonde fountain 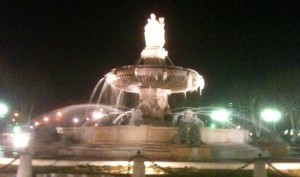 at the end of Cours Mirabeau we both gasped at the wintery scene, and Kirk pulled over so we could grab a photo of the icy fountain – what a beauty! 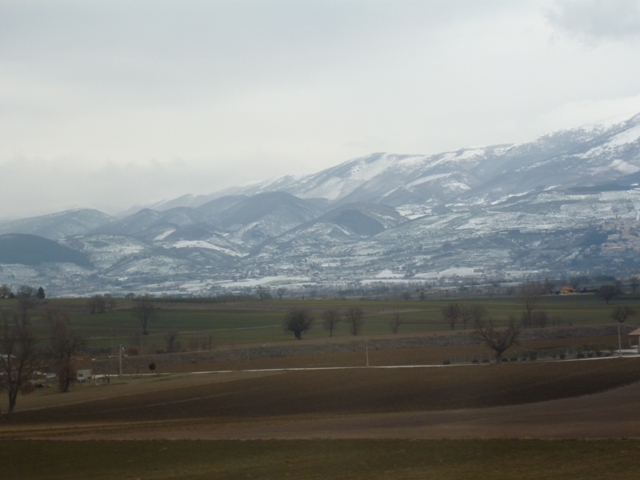 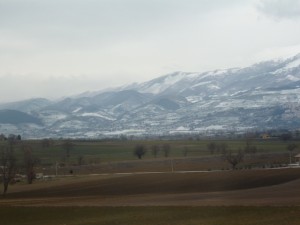 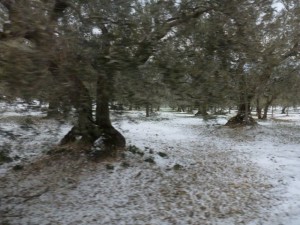 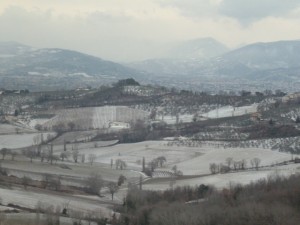 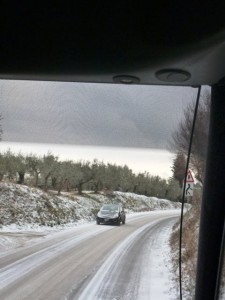 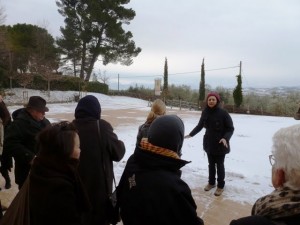 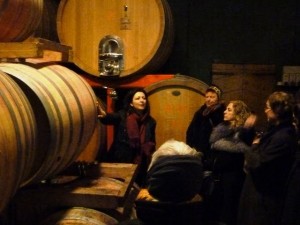 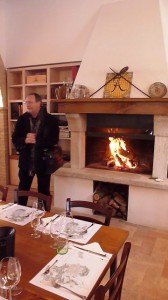 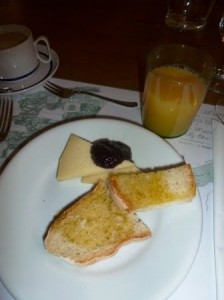 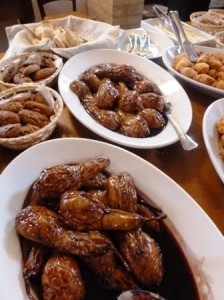 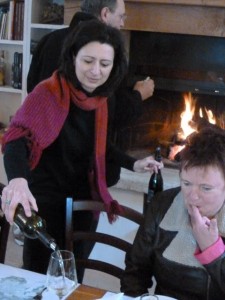 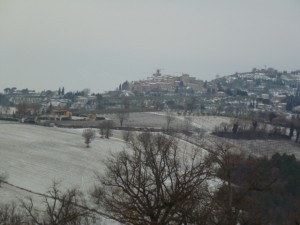 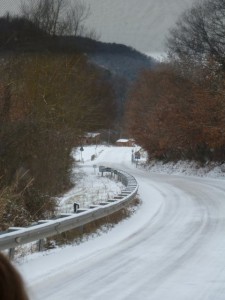