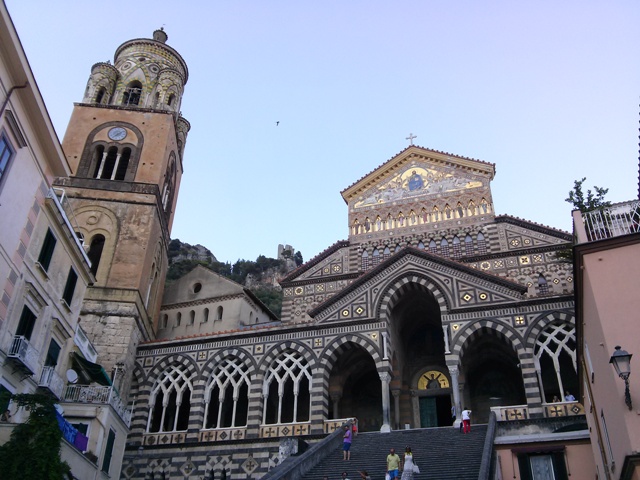 What better place to celebrate a significant birthday than the gorgeous Amalfi Coast? We’ve all been enjoying getting to know Maria, Olga’s lovely daughter – what a treat that she could join Olga here for this milestone birthday! The celebrating continues in Amalfi,

first a shopping and sightseeing stroll, 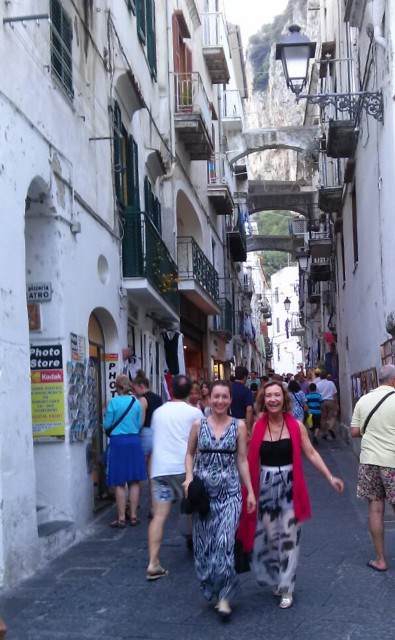 then dinner, where we’re seated with the directors of the festival, and the music begins, 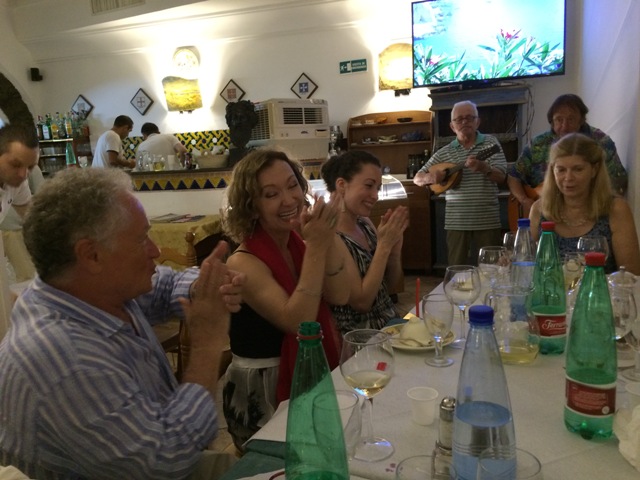 and the dinner proceeds, with a grand finale of a a birthday cake for Olga! 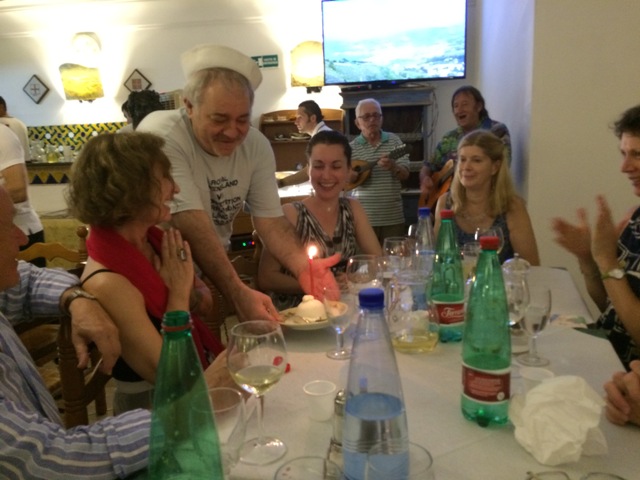 A night-time stroll through those vaulted Arab Bath corridors is fun, 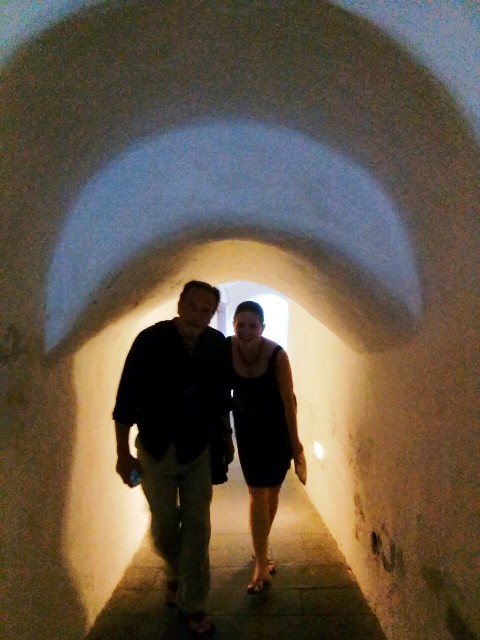 then we return to the similarly Arab-influenced Duomo for the evening concert. 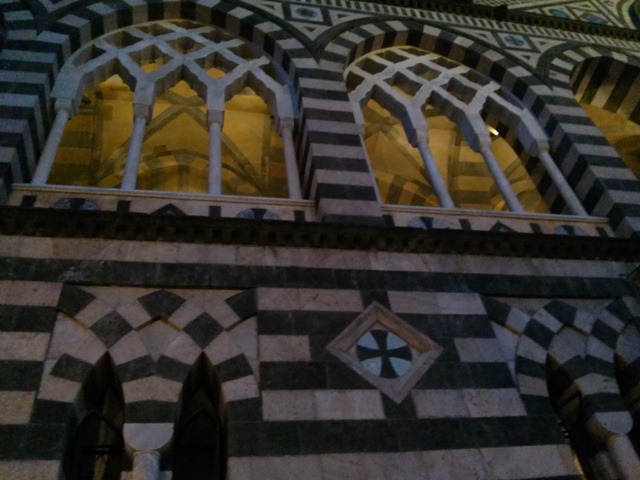 Leslie gives us a tour of the highlights of the museum 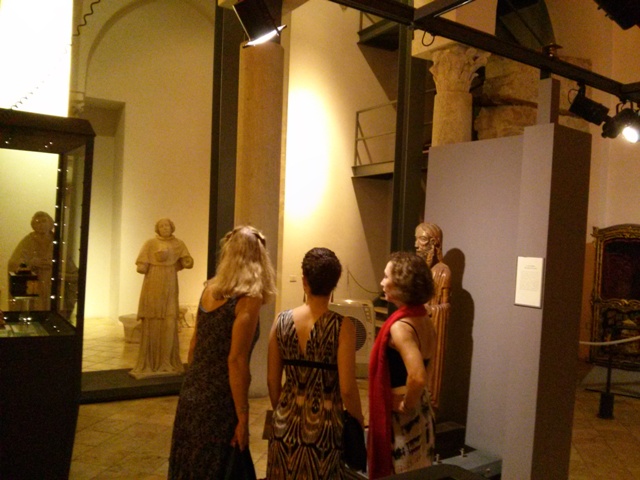 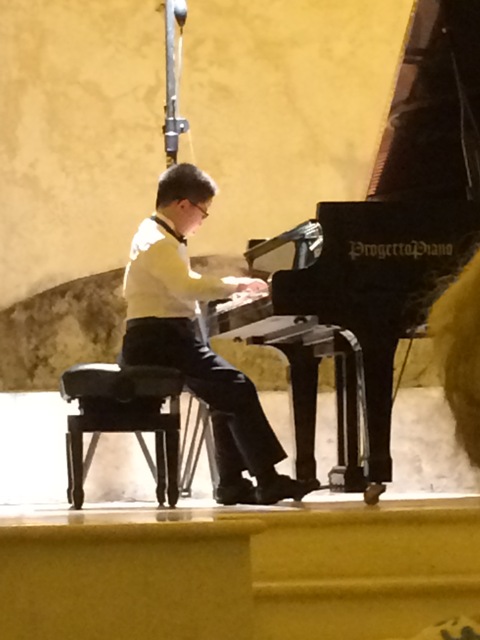 4 of whom present a program including Bach, Beethoven, Ravel and Chopin in the intimate surroundings of the museum. 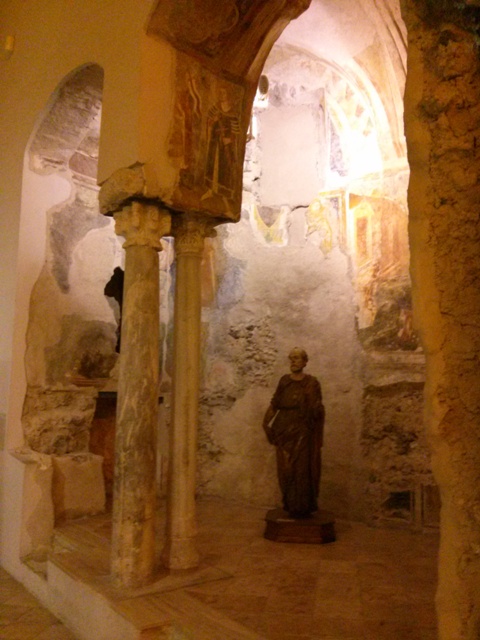 Still in awe, we slowly walk through the cloister, 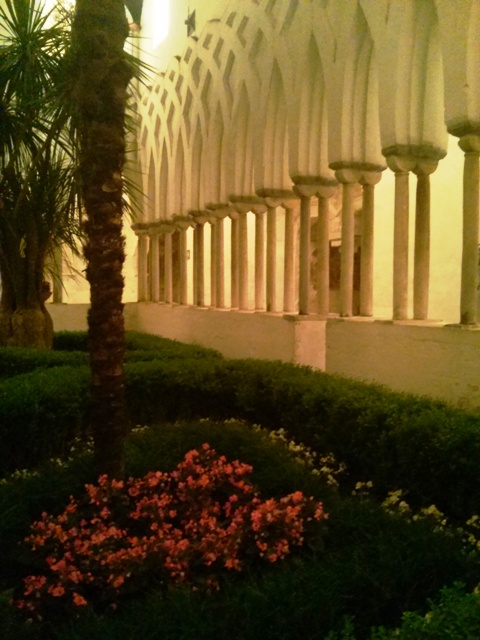 and gather on the Duomo steps before returning to Maiori. 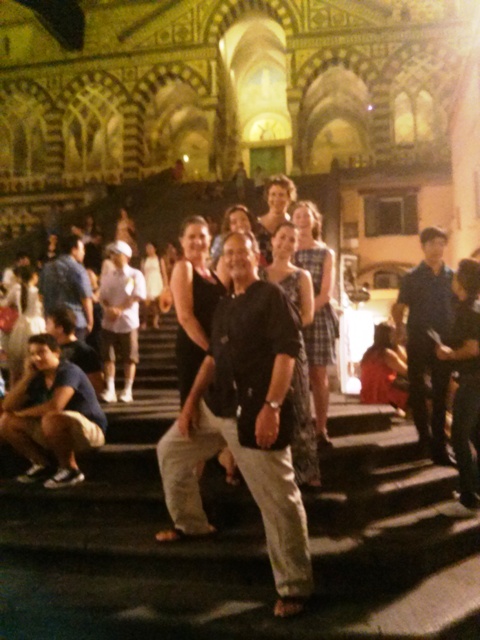 What a birthday to remember! 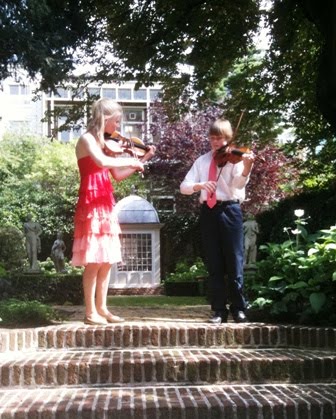 Café Chat – Festivals around the World

Interested in a Music and Markets Tour? We’d love to hear from you!  Join us on a summer tour in Provence or our featured (and expanded!) 2012 Amsterdam/Belgium tour!

I join fellow Travel Belles in sharing about favorite festivals this month. 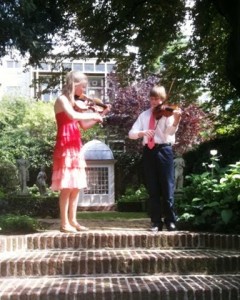 Applause echoes through the vaulted outer ring of the ancient cloister as a string quartet ascends the stage, a hush falls over the eager listeners, then the pure glorious notes of Haydn rise into the evening sky.
A smiling artist steps up to a gleaming harpsichord set in a corner of an antique shop, introducing us to Mozart played on period instruments mirroring the prized armoires, settees, and tables among which we sit.
Leaves rustle overhead in a tree-shaded garden as a talented sibling duo wows the audience with musical intricacies.
Happily-recalled scenes from previous seasons in Provence and Amsterdam, these are just a few examples of the rich offerings of Europe’s classical music festivals, where the vigorous applause at the finale of each concert is perhaps as much in praise of place as of performance.
From baroque castles to world-class concert halls, from velvet-grassed meadows to historic vaulted cathedrals, the music flows out to audiences eager to enjoy the best of seasoned performers as well as new talent.
Many events, such as England’s Glyndebourne Festival Opera, Austria’s Salzburg Festival, or Germany’s Bayreuth Festival, are world-renowned and definitely discovered but Music and Markets Tours delights in finding the undiscovered and rarer gems, such as Amsterdam’s summertime Grachtenfestival (Canal Festival), where we’ve been thrilled by world-class performers on intimate terraces perched above historic canal-side homes, in lush private gardens, and even on stages floating in the shimmering lanes of water. 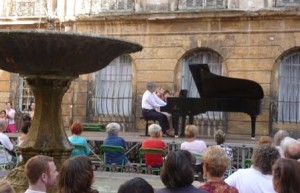 In contrast to the tightly wrapped cityscape of Amsterdam, the vast and beautiful countryside of rural Provence is the backdrop for several summertime festivals. La Roque d’Anthèron’s annual International Piano Festival, celebrating its 32nd year in 2012, stages concerts in venues as varied as a cloister of a 12th century Cistercian abbey and a deserted rock quarry. 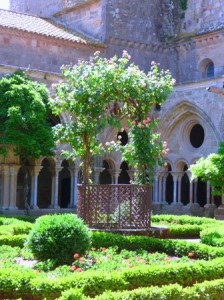 The twitter of birds, the fragrance of lavender, the rustle of leaves, or the whir of the ever present cicada, a symbol of Provence, are a soothing accompaniment to concerts ranging from jazz to baroque.
Sharing a venue or two with La Roque d’Anthèron, the Lourmarin International String Quartet Festival features outstanding artists from a variety of European locales such as Spain, Belgium, and the Czech Republic.
We still remember the Psophos quartet, four gifted young French women as inspiring to watch as to hear, who enthralled the eager audience in the hushed cloister of the Abbey of Silvacane, nestled in the countryside beside the Durance river.
If you want to share the pride of neighborhoods in their own local festivals, these are ones you’ll love. The exhilaration of being carried to another place through fantastic music, combined with unforgettable locations, turns a week of concerts into a lifetime memory.