An Evening in Cassis 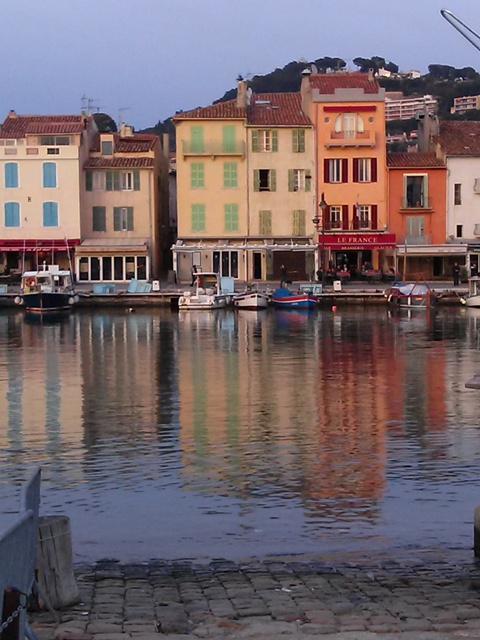 We just can’t stay away from the seaside, can we?! Cassis, as any of you who’ve been reading this blog for a while know, is one of our very favorite places near Aix,

but this time we’re even more excited than usual to be there. After visiting our friends Corey and Yann for the first apero in their Cassis renovation last summer, and following the extensive work on the property in Corey’s delightful blog, Tongue in Cheek, we’re now meeting to see the finished ancient fisherman’s house in person!
We arrive early, just to enjoy wandering the seaside for a bit – and to take in that unbelievably blue sky! 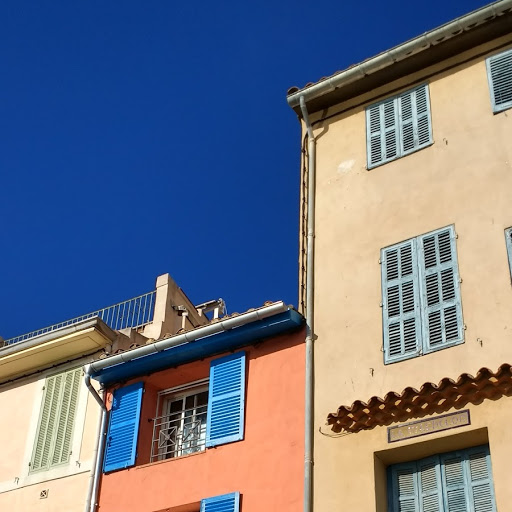 Unlike the scribbled and ripped election posters in Aix, all eleven candidates are pristinely presented in Cassis – there must be fewer rowdies here 😉 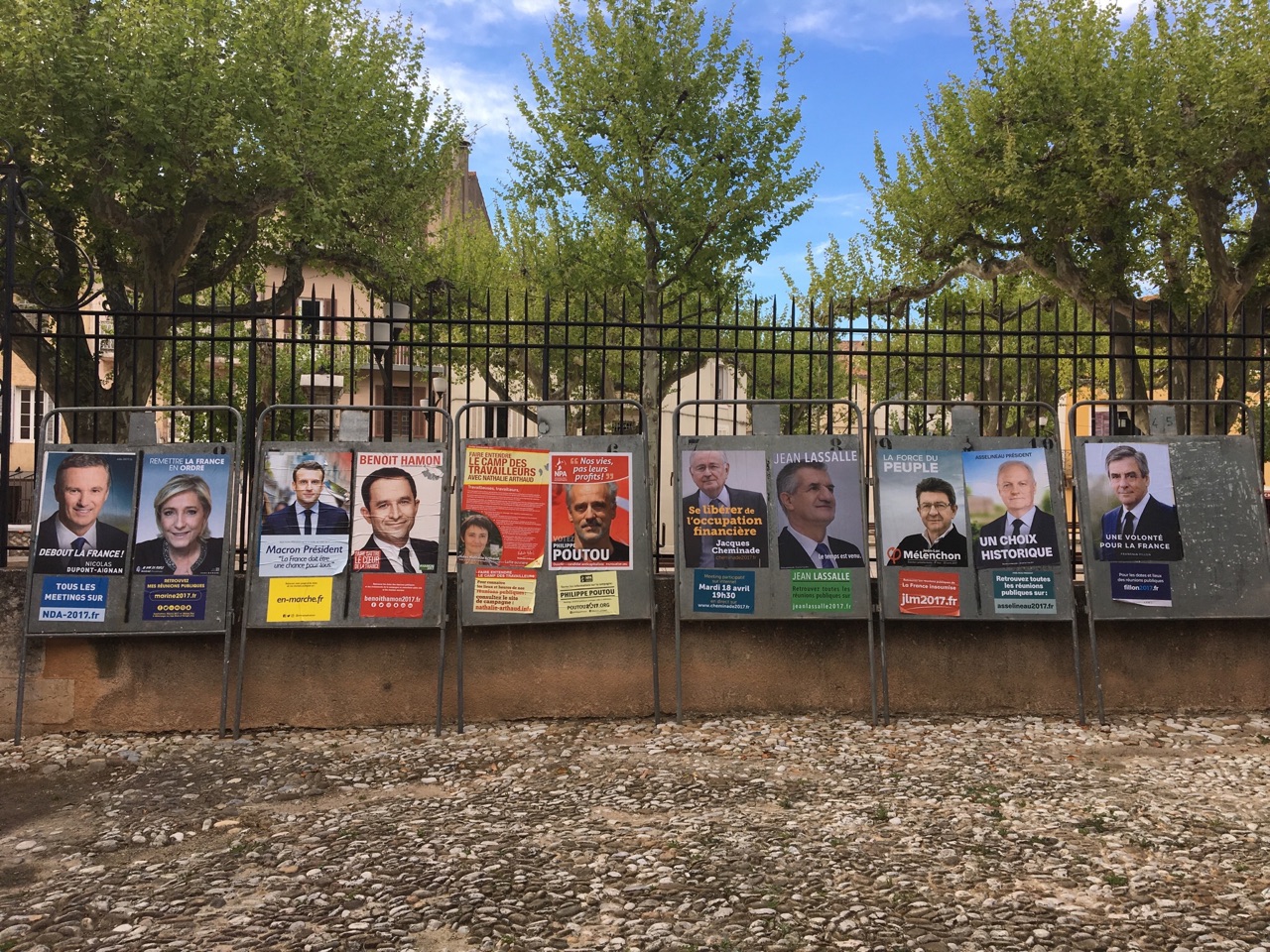 As we now know, an “outsider”, not from an established political party, has won – here’s hoping that Macron can lead in positive ways in the country!
We climb the steep narrow stairs to the “fisherman’s house”  – “Voila”  says Corey – 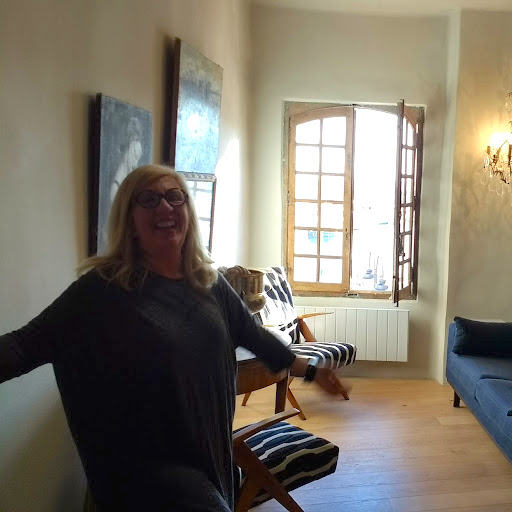 and we say WOW! We’ve brought some favorite cheese from our fromagere in Aix, and Corey adds it to her inviting spread on the table. 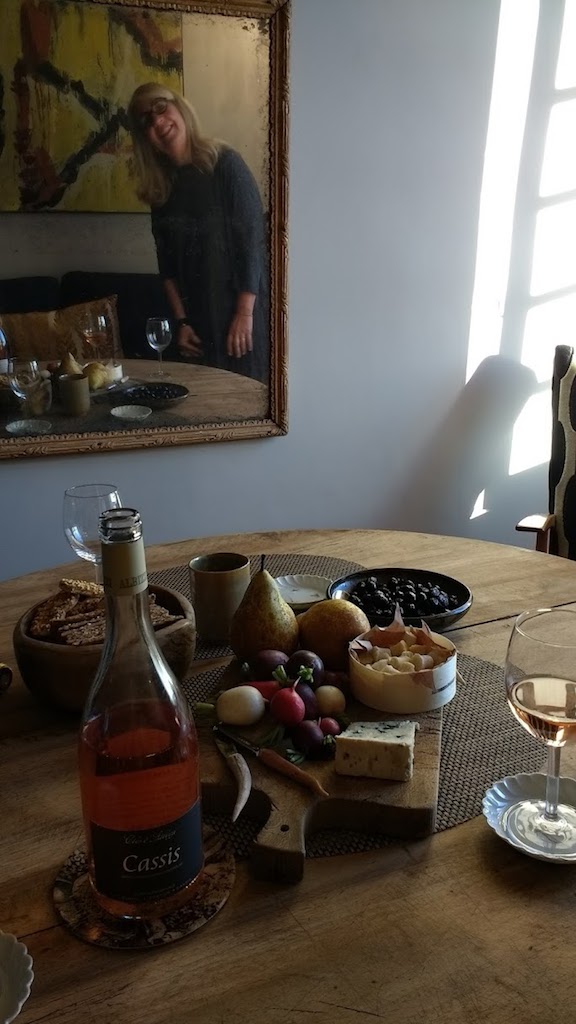 As we nibble, I can’t stay away from the view, 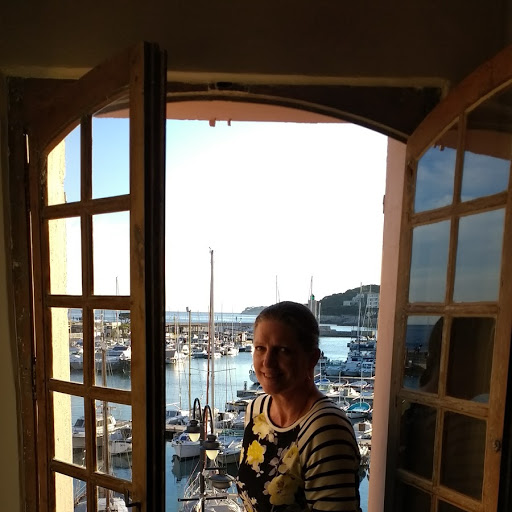 returning to the window again and again to watch the changing light. 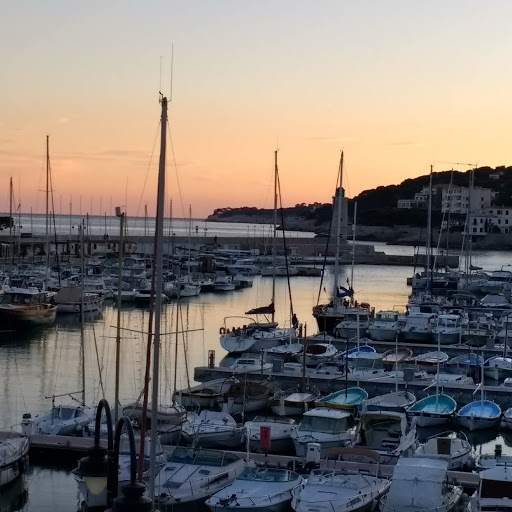 What a dream location!
Yann arrives, fresh from trying out a sailboat that he’s been GIVEN – can you believe it?! 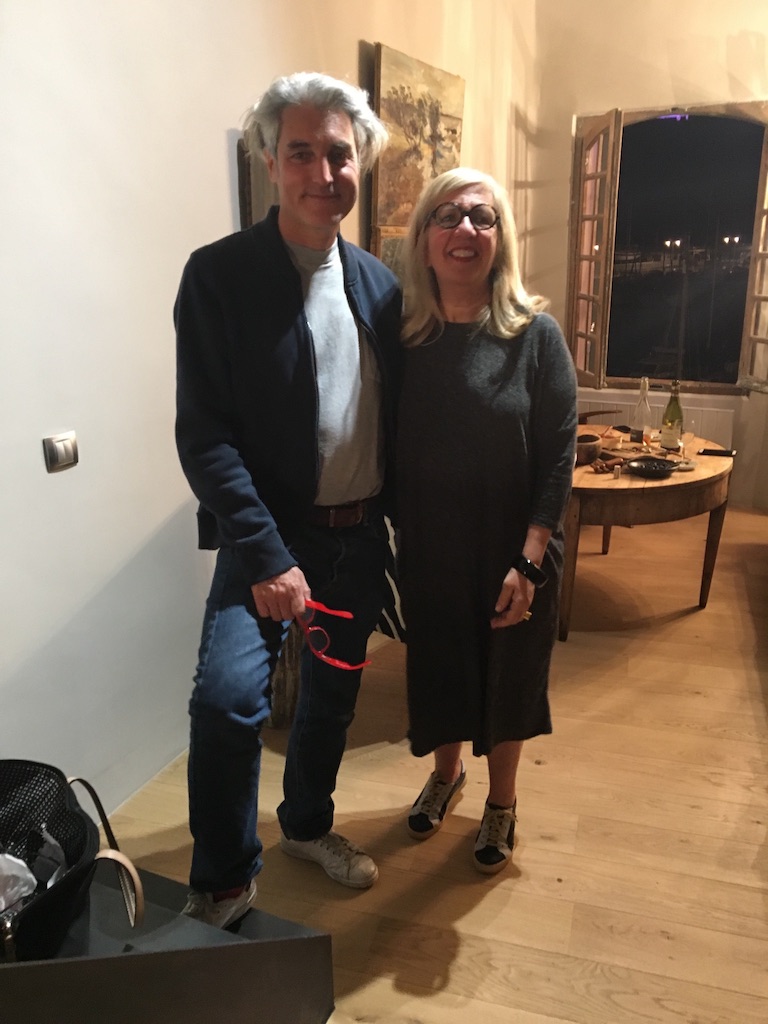 We stay far later than planned, enjoying the company, the conversation and the ambiance, and pause for a look around as we depart – 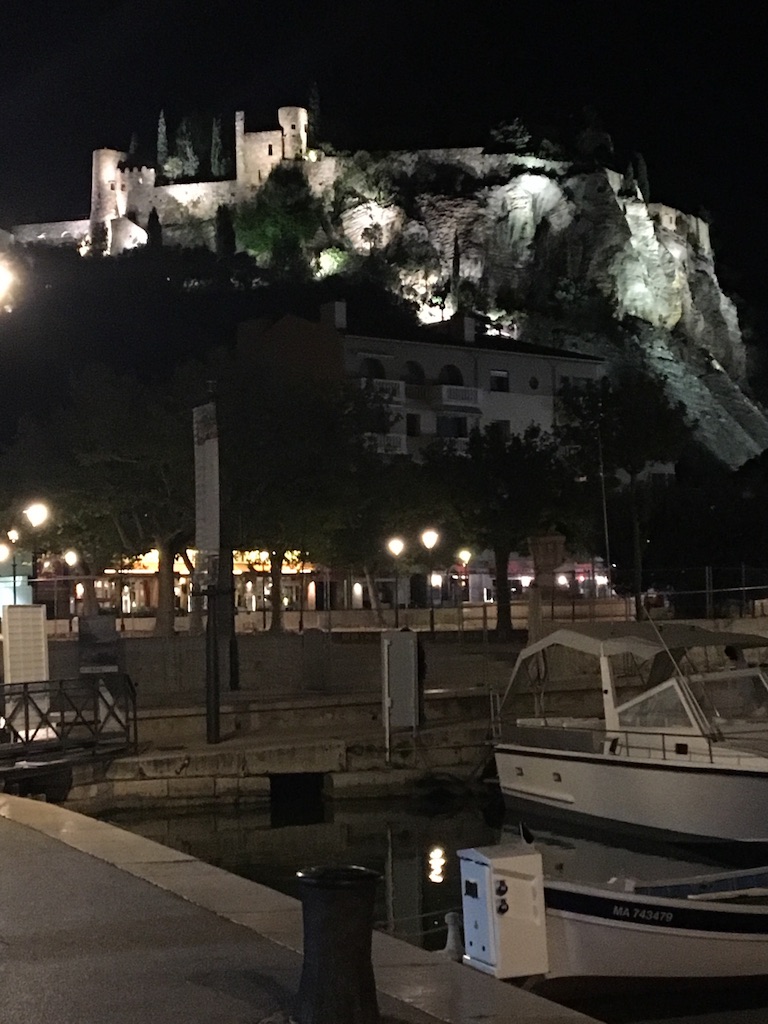 you know we’ll be back soon!